This case study belongs to “Opel”; this popular automobile brand was faced a great challenge and had a specific goal, which is increasing its product’s conversions. Aiming to reach this goal, Opel decided to depend on social media advertising and digital campaigns to reach more customers.

This carmaker began using Facebook Marketplace shortly after the platform launched, and soon found that it was gaining more conversions from ads placed in both Marketplace and News Feed than from ads in News Feed alone.

A subsidiary of French automaker Groupe PSA since August 2017, German carmaker Opel remains committed to its credo, “The Future Is Everyone’s”. Opel believes that by making its innovations available to everyone, it can empower people to improve the world. Its mission is ingrained in the brand’s history and exemplified by its products and services, including the revolutionary Opel Ampera-e electric car, which has a range of 520 kilometres (323 miles).

Continue reading this article to discover how this carmaker harnessed the power of social media advertising, especially, Facebook ads in both Marketplace and new feed to increase the brand conversions by 27%.

Opel partnered with Greenhouse Agency, Inc, which is considered to be one of the biggest digital marketing agencies in the Netherlands.

Opel had an accurate and specific goal, which is driving traffic to the Opel Occasions website, where people can search for certified used Opel vehicles.

When Marketplace became available as a Facebook ad placement, Opel Netherlands worked with its digital agency Greenhouse to take advantage of it. The Greenhouse team helped Opel create a campaign using the conversions ad objective, and designated website search as the conversion event, since people who are searching its inventory tend to have high purchase intent. To find in-market car shoppers and follow up with previous website visitors, the team created ad sets targeted to these audiences:

To better understand the impact of ads in Marketplace, Greenhouse also conducted a split test that divided the ad audience into random groups. One group was shown ads that were placed in both Marketplace and News Feed; the other saw only ads in News Feed. Because people use Marketplace to shop for preowned vehicles, the Opel ads shown in this placement were highly relevant to this audience.

The ads highlighted Opel Occasion, a branded concept designed to communicate the quality, safety and reliability of preowned, certified inventory. The ads used the carousel format to feature different models matched to the different audiences and instill confidence in viewers about the quality of the vehicles. For instance, seniors saw ads showing Opel models that sell best among this group, with a message emphasizing safety checks (which research indicates is important to them). Ads served to the lookalike audience featured the most popular certified vehicles.

The ad sets served in both Marketplace and News Feed outperformed those in News Feed alone. Opel looks forward to deepening its expertise with these placements by building on the solid results it achieved with them during its November 7–18, 2018 campaign: 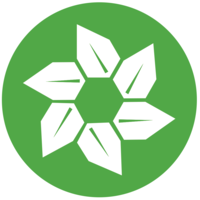 GreenHouse Agency is a growth-driven, digital marketing agency based in Orlando. GreenHouse Agency partner with B2B companies in the financial, healthcare and tech markets. GreenHouse Agency believes every business can benefit from the growth-focused mentality that comes with thinking like a startup. That’s why the GreenHouse Agency decided to put its passion for authenticity, digital marketing and growth-hacking to work for businesses of all sizes. Its vision is to create an incubator-like environment where the startup, early-stage, and established businesses can come to accelerate their growth and thrive. This methodology has had a GreenHouse Effect on each of the clients it has worked with. And its clients agree — you grow faster inside the GreenHouse.
View More