Marmalade is the UK’s best-known insurance provider for young drivers, Marmalade provides affordable insurance to 17-24-year-olds. It competes against brands with bigger advertising budgets, Marmalade needed to reduce as much wasted spend in their paid campaigns as possible.

When it comes to insurance companies, invalid traffic is becoming an increasingly hot topic to these companies, and this isn't a surprise when considering the ever-rising CPC COSTS.
Actually, even a few wasted clicks can prove costly and eat up the precious PPC budget.

In light of that Marmalade wanted to use the PPC Protect free Traffic Audit in order to establish what level of invalid traffic they were experiencing, beyond what Google already identified.

Not only that but they discovered the invalid activity during the monitoring period (March 25th – April 25th) was at 1.68%. Now they knew where their invalid clicks were originating from, it was time to put a stop to them.

Marmalade chose PPC Protect to help because according to Digital Marketing Manager Mattew Erskine "We looked at a few other invalid click prevention software providers; however, PPC Protect was the only one our Data Protection Officer was happy to sign off. Not only do they offer a more sophisticated interface and automated prevention system, but the way they handle personal data is fully compliant with GDPR and data protection laws." 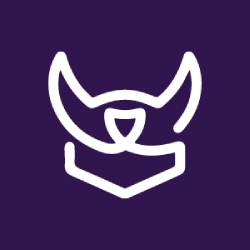 PPC Protect's team includes marketers and technologists who are dedicated to providing advertisers with a true picture of what they're paying money for. PPC Protect's team combines the world's most robust database of invalid PPC click profiles with real-time cybersecurity monitoring to ensure only genuine users see your PPC ads. They classify each ad click to determine what traffic should be excluded from interacting with your ads and prevent that traffic from even seeing them.

The Top Features of PPC Protect:

NOTE: for further information about the pricing, check their website.
View More