Facebook company takes a brilliant milestone in preventing abuse and inauthentic behavior on its different platforms that can effectively enhance users’ experience globally.

This week, Facebook company is spotted working on a new feature that enables Facebook users around the world to effectively manage their accounts and control what appears and not on their News Feed. This new option will give Facebook users the ability to ban words, phrases, and emojis from showing up on their personal Facebook accounts. 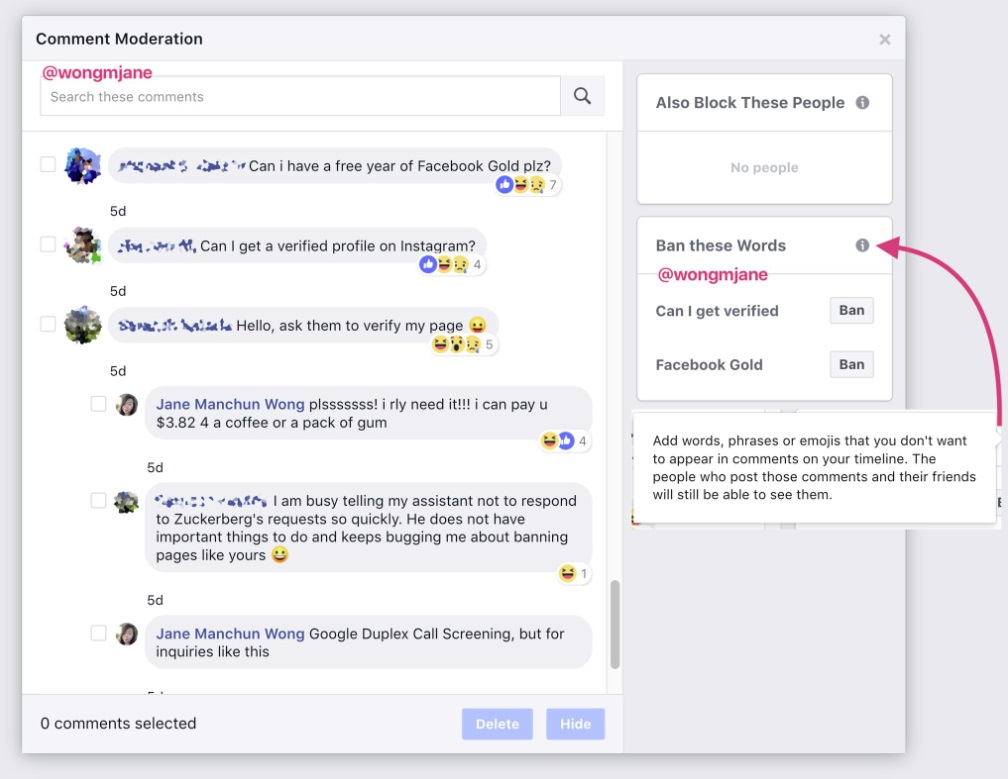 As explained by Facebook code hacker Jane Manchun Wong, who was the first one to discover the testing and one of social media experts who regularly explores the new features on Social Media Platforms, the new keyword blocking feature will allow users to select whatever keywords, phrases, and emojis they don’t want to appear on their comment streams or on their personal posts. Jane also mentioned that the new option process will be similar to the comment hiding feature.

In the same context, it should be noted that Facebook is not the first platform that’s working on this type of features; Twitter and Instagram have also provided comment filtering tools across their platforms.
For example, in August 2016,  Twitter launched a new ‘Quality Filter’ tool that’s built on an AI-powered algorithm to discover and prevent tweets from appearing on users’ timeline, which include threats and offensive or abusive language, in addition to providing a new option that helps users filter their notifications. A few months later, Twitter launched a mute feature that allows users to block out any words, phrases, hashtags, @handles, and emojis that they don’t want to see.

Coming to Instagram, in September 2016, the company announced officially the launch of an intelligent feature that can curb such interactions and enhance the user experience.

Finally, it should be mentioned that Page admins on the Facebook platform have already the ability to ban selected keywords from appearing in post comments, as well as Facebook users who have now the ability to stop some keywords for a selected period of time to appear on their own accounts.