LinkedIn Is Testing New Features Including Stories, Gifs, and Reactions

Providing more tools, features, and options that facilitate user interaction is one of the most important factors that create popularity for different social media platforms globally.

On this front, this week, it is reported that LinkedIn is testing a suite of effective and exciting features that are similar to some of Facebook’s popular features, like stories, reactions, and Gifs in comments on its platform, in order to enhance the users’ app experience around the world.

First off, One day ago, code hacker Jane Manchun Wong has confirmed on its official Twitter account that LinkedIn is working on its own variation of post reactions, putting its own spin on Facebook’s tool. She also mentions that the new variation of reactions will include “Like”, “Clap”, “Insightful”, “Hmm”, “Support”. In addition to sharing an accurate visual that showcases the new feature, as shown below: 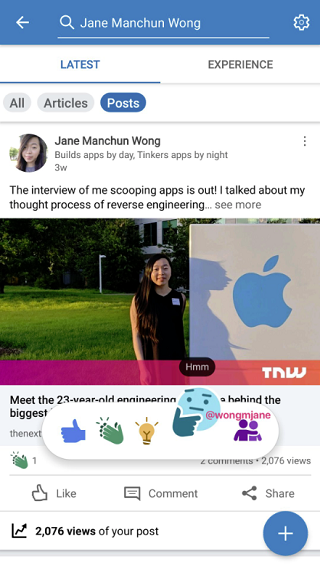 Alongside the previous Facebook-like feature “Reactions in posts”, it was also spotted that LinkedIn is working on other Facebook-style features, like event filters and video stickers. All over that is considered to be an attempt to boost engagement across the LinkedIn platform. 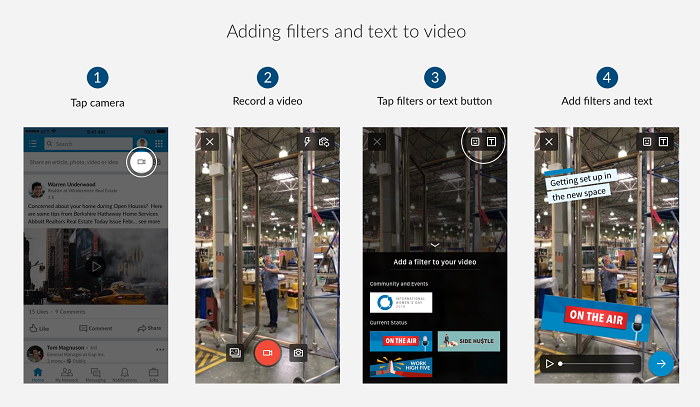 In the same context, Wong has also announced on its account that LinkedIn is experimenting with another Facebook-like feature that focuses on letting users using GIFs button on their comments on the LinkedIn platform.

Coming to the third feature in the LinkedIn testing list, it also was discovered that LinkedIn is also working on launching new stories feature on the platform. First, it was found on a tip from Cathy Wassell, Facebook Ads & Social Media Strategist, Cathy Wassell, co-founder, then the launch of LinkedIn’s stories was shared by social media expert Matt Navarra. 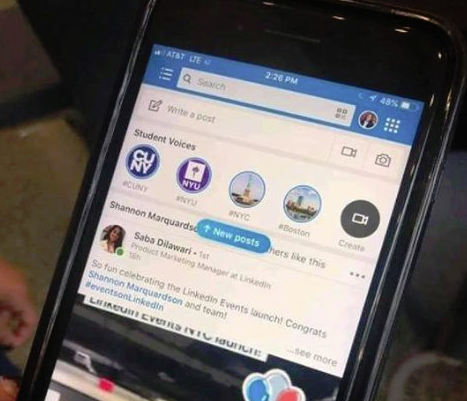 According to the previous screenshot, it shows that the stories option is developed as ‘Student Voices’ on the LinkedIn platform, which means that this new feature will be one of LinkedIn’s higher education tools. Student Voices unveils the LinkedIn intention to create new ways the enable them to better connect with students and student communities.

On this front, it should be mentioned that LinkedIn has confirmed to TechCrunch that it is testing its version of Stories, starting with Student Voices and eventually extending to other user groups.