A few days ago, LinkedIn announced that they’re rolling out a new feature on the LinkedIn platform. Translations on the LinkedIn Feed are now available for all LinkedIn users around the world. You can now translate your LinkedIn feed posts in more than 60 languages including Spanish, Japanese, and German on desktop and mobile web.

“We know how important it is for you to have conversations on the topics you care about with your professional community on LinkedIn — no matter where they’re located in the world. As you make connections with clients who live in another country, co-workers located in a different office, or people you meet at global industry events, we don’t want language to be a barrier to helping you maintain meaningful professional relationships.” said LinkedIn Senior Product Manger, Zack Hendlin. 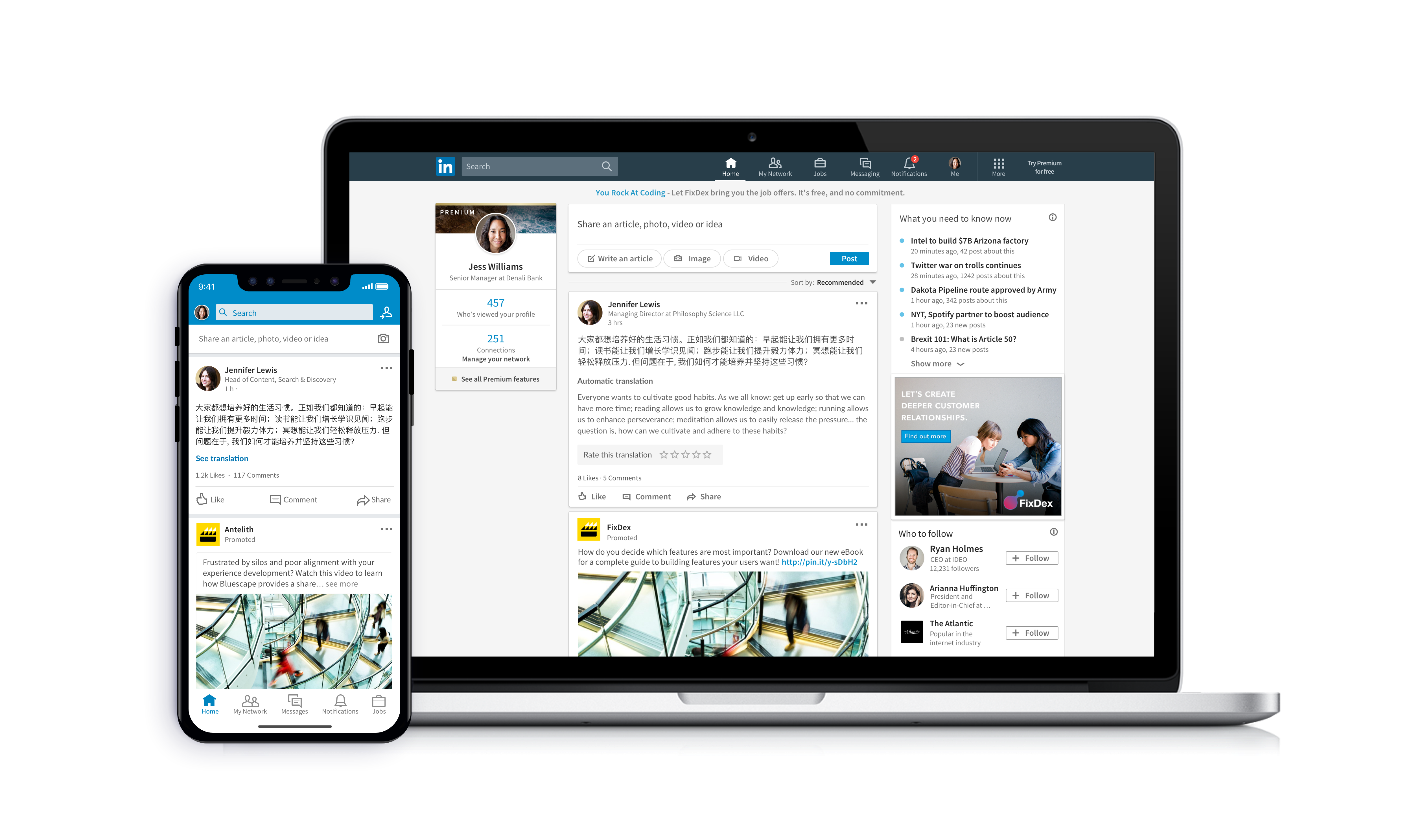 How will this new feature appear on LinkedIn news feed?

Similar to other platforms, posts that are in a different language from that the user speaks will show a “See Translation” button below it. Available within the LinkedIn Feed, the recent activity section on someone’s profile, and the post detail page.

The “See Translation” option is based on factors such as the user language setting, the country he/she is accessing LinkedIn from, the languages on his/her profile, and other factors. After that LinkedIn automatically compare it to the language they have identified a post is written in, to decide whether the user wants it translated or not.

According to the last update, LinkedIn is cooperating with Microsoft to power the translations using “Microsoft Text Analytics API”, in addition to an Azure Cognitive Service which also powers translations for Bing, Skype, and Office. LinkedIn also said that the new translations feature will be available in the next few weeks to the LinkedIn iOS and Android apps.

At the end of the announcement, LinkedIn promises its users to grow the number of languages supported.