Three days ago, Twitter published the company’s Earnings Report in its 2nd quarter of 2018, which came as a disappointment for shareholders around the world.

“Based on our current level of visibility, we expect the decline to be mid-single-digit millions of [monthly active users],” the company.” 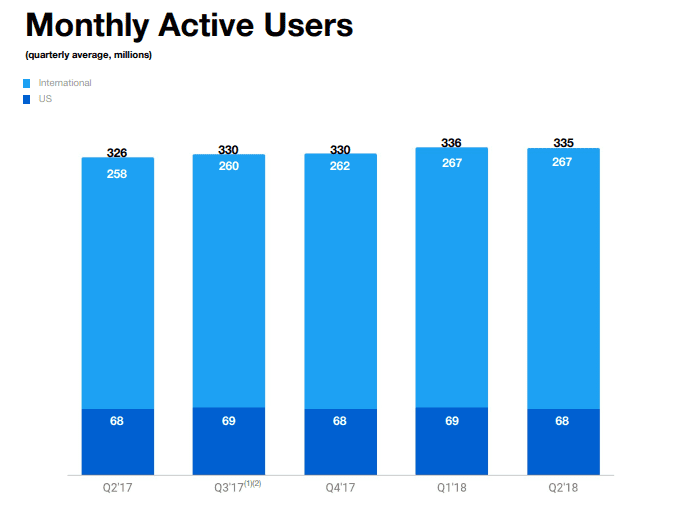 “the effort to clean up the platform will enable long-term growth as we improve the health of the public conversation on Twitter.”, CEO Jack Dorsey told investors. 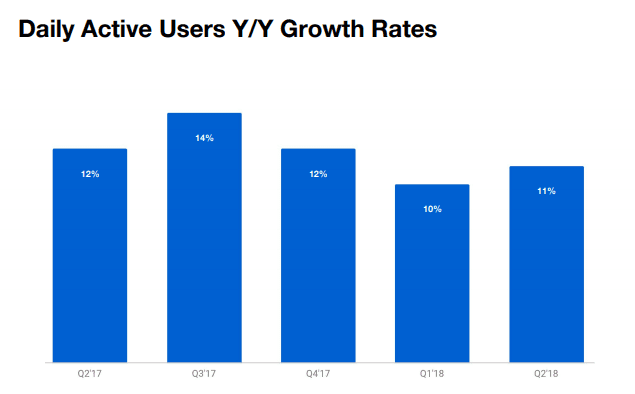 The below graph showcases the average of growth in Twitter’s daily active users since 2016.

Experts and analysts had expected that Twitter’s total revenue would reach $696 million. This increment in the total revenue perhaps is the result of this decrease in the user base. 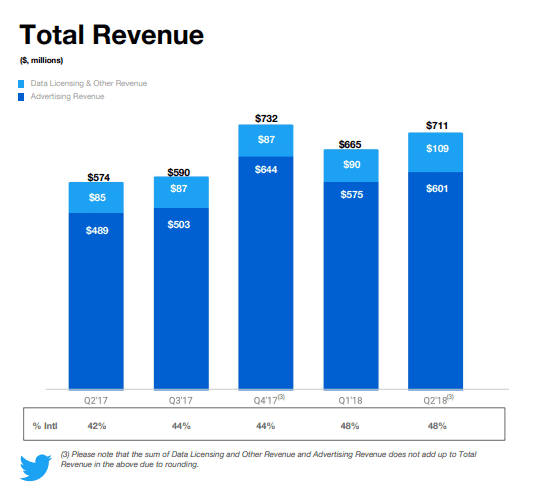 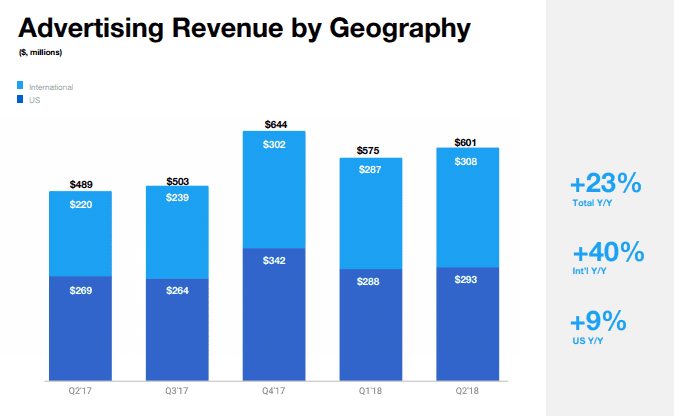 As a result of these numbers in Twitter’s Q2 2018 Earnings Report, Twitter’s stock plunged 20.5% in Friday trading, which is a result of the fall in the number of active monthly users from 336 million to 335 million over the past three months.

It should be pointed out that Twitter’s shares opened down by 15% when Wall Street opened on Friday before the investors had been reported, reaching a total of 20.5% by the time the markets closed Friday.