/ News / Facebook Tests the User Interface of the New Reels and Rooms, Integrated into the Facebook Stories Panel

Facebook Tests the User Interface of the New Reels and Rooms, Integrated into the Facebook Stories Panel

Facebook might be close to giving Instagram Reels exposure a significant boost, and this is by integrating a new Reels clips display directly into the Facebook app, as it looks forward to combating the continuing rise of TikTok.

As you can see in the next example, posted by app researcher Alessandro Paluzzi, Facebook is now testing a new display option for the top of feed Stories panel, the new display option would give users the option to see an alternative feed display of either Stories, Instagram Reels clips, or in-progress video and audio rooms. 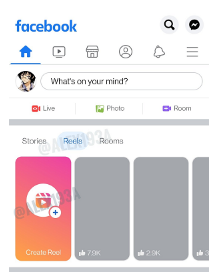 Talking more about this, that could help boost the discovery of Facebook’s new audio rooms, which are now in live testing with selected creators and groups, on the other side, it would most significantly increase exposure for Instagram Reels, with Reels content highlighted right at the top of the Facebook app, which is used by 2.85b people monthly.

Regarding this, that could make this a perfect option for Facebook to boost interest in Reels, and this is by exposing a range of new audiences to the option, which could subsequently increase engagement, and interest in Reels overall.

More about Facebook Reels, Facebook has been trying literally everything it can in order to make Reels a bigger element in the app, in an effort to stop users from migrating across to TikTok instead.

However, Facebook is still working on improving the Reels algorithm in order to maximize engagement and usage, on another side, Facebook is developing a new payment program for top Reels creators, which is similar to Snapchat’s Sportlight payment offering for top clips.

However, the real ace up Facebook’s sleeve here is exposure potential, as well as ultimately, monetization opportunities. Instagram itself is still bigger than TikTok in terms of users (even though that may not be the case for too long), and if it can also expand Reels exposure to Facebook users as well, that could be an unmatchable and highly attractive audience for those looking to build a following for their content.

Facebook’s been testing Reels recommendations in Facebook Watch besides user feeds since late last year, anyhow this experiment, which is currently not in live testing as yet, would be the biggest step that it’s taken on this front to date. 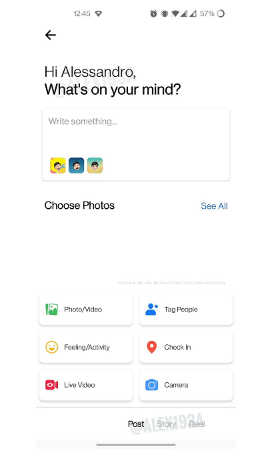 Again, both of these options are in the early experimental phase, and there’s a chance that it may end up that neither gets released.

But it is interesting to see how Facebook’s working to build the Facebook Reels, as it continues to map out ways to fend off competition from TikTok.