This comes as a little surprise, especially given speculation about the app’s future after a discovery in Twitter’s back-end code last week. However, today, Periscope has actually confirmed it: 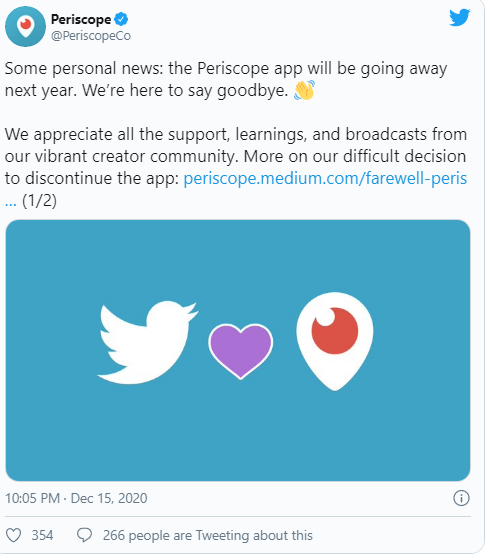 That’s true, Periscope, one of the original apps of the 2015 live-stream boom is going away. Superseded by native streaming within Twitter, besides seeing declining usage, Twitter says that it can no longer justify supporting the separate app: “The Periscope app is in an unsustainable maintenance-mode state and has been for a while. Over the past couple of years, we’ve seen declining usage and know that the cost to support the app will only continue to go up over time.”

As a result, Periscope will actually go into retirement as of March 2021, while no one will be able to create a new account as of the latest app update.

As noted: “Broadcasts that were shared to Twitter will live on as replays, and all broadcasters will be able to download an archive of their Periscope broadcasts and data before the app is removed in March 2021.”

Functionally, this won’t mean a lot. We can see that Twitter notes, users can still go live on Twitter, however, they won’t have a dedicated space to save their past streams. Alternatively, your broadcasts will only live in the tweet, although it seems likely that Twitter will also, ultimately, look to integrate live-streaming into its new Fleets option.

Furthermore, that scenario was given an extra boost last week, that was the time when Twitter announced that it had acquired group live-streaming app Squad, which enables group chat members to share their screen during the broadcast. 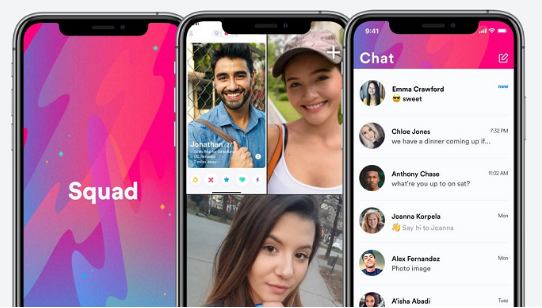 Moreover, aside from Periscope’s shutdown, the Squad app was immediately shut down after the acquisition, anyhow, that likely suggests that it will re-appear soon within Twitter, and you would assume that would be within Fleets.

However, That could point to new opportunities for Fleets, like a new archive for your Fleets, where your live-streams would also be placed. Moreover, Twitter also just signed a new hosting deal with Amazon Web Services to expand its capacity on this front, so definitely, live-streaming will remain within the Twitter app. But Periscope itself won’t be part of it.

For a short while, after the arrival of Meerkat, live-streaming was alive, it was a refreshing new spin on social media, which everyone looked genuinely excited about. However, most of those original boom apps finally died out, including Meerkat, Blab, and many others.

Now Periscope joins them in the great app resting place in the clouds. The announcement was widely speculated after app whispering Jane Manchun Wong noted a single line of code within the Twitter app last week. 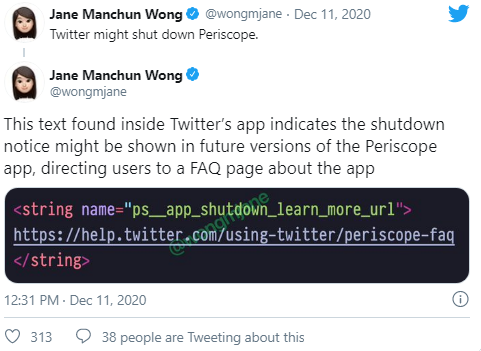 Wong deducted that Periscope was a goner, and a week later she was (once again) proven correct. So, Periscope will soon be no more. 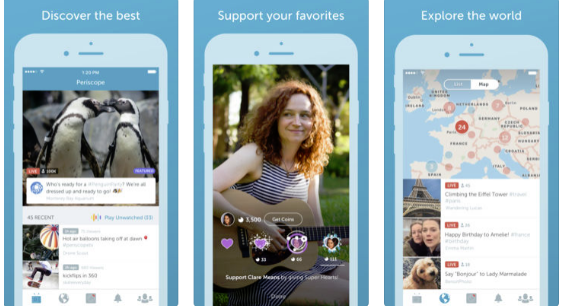 It is worth mentioning that if you have any Periscope broadcasts that you want to save, you should get on it now. Click here if you want to know more about the shutdown of Periscope.