If you use the Pinterest app and logged into the app recently, you may have noticed a new addition at the top of your home screen. 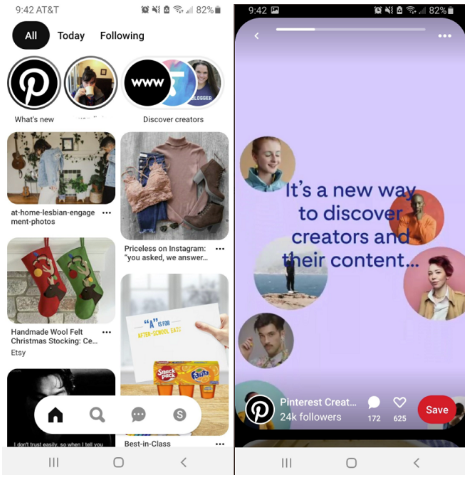 That seems to be the aim here. And if it can help in this respect, it could be a significant update. That means that Pinterest now also has Stories, or a panel of ‘Story Pins’, more specifically.

Moreover, Pinterest launched a beta test of Story Pins with selected creators last September, which it’s slowly expanding, and in line with this, the platform is now also highlighting Stories from Pinners you follow at the top of each users’ ‘For You’ feed.

It’s worth mentioning that Story Pins are not exactly the same as the ephemeral Stories on other social media apps, with the most notable difference being that Story Pins live within a Pin, and don’t disappear after 24 hours. But the format is pretty much what you’re used to, providing a vertically-aligned presentation option for Pin content, which can be used to add more context to your regular Pins.

However, not everyone has the new Stories display as yet. The new panel has been appearing for some users since early January, with the format also being gradually updated since then. For instance, there are now multi-participant Stories to highlight selected groups of users.

On the other hand, this week, users have noted a more dynamic format of the Stories panel, with a more unique visual flair.

Regarding the Story Pins approach, Pinterest says: “We’re continuously testing new ways for creators to reach communities of people looking for ideas to try and for Pinners to discover and follow other people who share their passions and interests.”

That means it’s a test right now, which could mean that not all users will ever see it. However, it looks like an interesting, engaging way to maximize the option, besides generating interest in Story pins – while also, as noted, aligning with broader social media usage shifts.

Which is the real focus here. Different users on Twitter have lamented the addition of Stories within the app, and questioned why Stories have to be ‘everywhere’.

The logic is that Stories are immensely popular, with the format overtaking the more traditional news feed display, in terms of engagement. 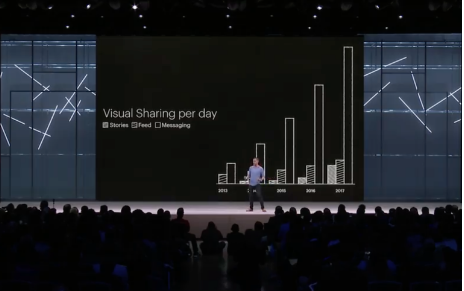 As you can see in the above chart, which Facebook showed at its F8 conference back in 2018, Stories has quickly gained momentum, also become the preferred medium for a growing majority of users, especially younger audiences. And this was almost three years ago – since then, Stories have only seen more engagement, which is why every social media platform, from Facebook to LinkedIn, has added the format as another option to encourage more posting, and facilitate further interaction and activity within their apps.

That’s the reason why Twitter now has Fleets, why YouTube also has its own variation. And why Pinterest is looking to tap into the same. Because such processes can become habitual – once creators become accustomed to being able to share more temporary, immediate, vertical format updates, and once users get used to being able to view the same from their favorite accounts, that becomes an expectation, or at the least, a welcome option for content consumption.

Moreover, if you can maximize engagement by adding a Stories panel to your app, why wouldn’t you? Sure, users might find it a bit strange at first, however, Stories are everywhere, in every app. They’ll get used to it in yours also – and then, they’ll likely come to enjoy it as an alternative discovery option.

Which is the purpose that it serves on Pinterest. Why Stories? Because it works, because it’s engaging.

With the new test, you can consider Pinterest as part of your strategy.