Social media updates are a constant in this era, with all companies adding new updates, services, and features to their platforms every day. These updates range in importance from the usual to experience altering. Though it is not a rule that every new addition to any social media platform has a major impact on your business as an entrepreneur, advertiser, marketers, brand, or even retailer.

It is worth noting that many of these daily updates are directed at ordinary users, not institutions or brands that depend on various platforms to perform their activities and achieve their goals to reach the largest number of consumers, whether current or potential, but this does not mean that these institutions should not be fully aware of these extensions because they may benefit from understanding the audience’s interests and preferences.

These trademarks, advertisers, marketers, and brands may also benefit from such updates directed at ordinary users in one form or another. Therefore, every marketer, advertiser, retailer or brand should not overlook any update in the world of social media, even if it is not a big change. Accordingly, we’ve compiled the latest updates on all social media platforms, whether targeted by ordinary users or brands.

But first, you should take a look at our previous report, which has followed and collected the top social media updates that happened in the past 2 weeks and strongly relates to the digital marketing and online advertising industry. Now, let’s dive in:

Google will be trying to use its advanced capabilities to take its AR effects tools to a higher level, the plan is for it to roll out on YouTube Stories, which initially launched in November last year.

As elaborated on the Google analysis weblog, the new AR effects utilizes improved “anchoring” processes to give the sense of heightened realism, and responsiveness to real-world cues and movement. Interestingly enough, Google’s improved AR system “doesn’t rely on additional depth input, so it can also be applied to pre-recorded videos”. Which means more availability and a wider range of inputs and sources.

Google has been able to improve the speed and response of its AR tools by using TensorFlow Lite, which reduces computational effort. Hence, Google’s effects are able to respond and correct faster, rendering them less susceptible to issues like camera imperfections or extreme lighting conditions. The conclusion of those efforts empowers user expertise with convincing, realistic selfie AR effects in YouTube, ARCore, and other clients by:

Google’s application of these in YouTube Stories – as in what specific effects it’s wanting to feature – isn’t clear at this stage. YouTube Stories remains solely obtainable to creators with over 10,000 subscribers, therefore it’s still fairly limited, making it difficult to test. However, Google says that the new YouTube Stories creator effects will be available soon.

There square measure many creepy and regarding parts to Facebook’s latest VR project, with the corporations trying to make an additional partaking, realistic personal presence inside digital worlds. that sounds sensible.

That’s creepy – not solely is there the uncanny depression feel, wherever it is a very little too near to reality, however conjointly simply off, creating it this sort of distorted alternate vision. however its conjointly simply… weird.

A research participant and a Facebook employee meet in VR and (through their avatars) have a conversation about hot yoga. The Pittsburgh team has made substantial progress , but they are working to further refine their work by adding details to the avatar's mouth, increasing expression quality, and also ensuring realistic eye contact between avatars.

This is among the most recent variation of Facebook’s in-development realistic VR avatars, that square measure a part of The Social Network’s plans to form VR interaction as life-like as doable.

The idealistic goal of this technology – that, it’s value noting, continues to be some years removed from being extended for general use – is to form sci-fi like association capability. suppose the photo messages in Star Wars, or the total body projections Superman sees of his father.

That is superb, it’s astounding to think about that we’re not that removed from such being a reality, however, if a previous couple of years have shown America something, its that the ideals of bigger association and also the realities do not invariably show neatness connect. If there is a means for folks to learn from constant, they’ll do, therefore, and with all the tilt around however Facebook has allowed the misuse of private information, it’s laborious to imagine those self-same users can welcome another invasive life, like full-body scanning, so as to supply an additional fascinating virtual expertise.

“We’ve considered all possible use cases for this technology,” says [Chuck] Hoover [of FRB]. “We’re aware of the risk and routinely talk about the positive and negative impacts this technology can have.”

Twitter is rolling out a brand-new camera tool which gives users the ability to capture Stories-like pictures, complete with overlays and searchable parts, which opens the door for additional visual content choices on the platform.

The camera composer will default to the ‘Capture’ option, which will enable you to take a still image or a short, looping video – up to two-minutes in length – when you hold the button down. Or you can switch across to the ‘Live’ option.

See it? Tweet it! Our updated camera is just a swipe away, so you get the shot fast. Rolling out to all of you over the next few days. pic.twitter.com/moOEFO2nQq

Once you’ve an image or video, you can add in details of what the image is about, and you’ll also be presented with options to add in relevant hashtags based on your location, as Twitter will scan the region for happening events and recommend tags.

Once you tweet your image, those details are going to be overlaid in a new chyron format, providing additional context for the visual, while also appearing larger in user timelines.

There aren’t any further stickers and filter tools offered so far, however, we can expect that they’re going to be coming back before long. And whereas Twitter’s not adding a brand-new dedicated section for the photographs (like a Stories bar on the highest of the screen), content created via the new method is going to be eligible to be displayed within the ‘What’s Happening’ section within the Explore tab once related to events.

Snapchat has been slowly adding in additional interactive games and options – among the Lens carousel, there is currently an entire collection of AR games, or ‘Snappables’, that you’ll be able to play by yourself or with friends.

In addition, according to a report from Cheddar, there will be a dedicated Snapchat gaming platform, which will feature games from outside developers that are designed to work specifically in the app.

Rumors of this project have been circulating for some time now, since 2007 when Chinese tech giant Tencent bought shares in Snap Inc., reports followed that Tencent wants to partner up with Snapchat on developing mobile games.

This is a very sensible strategy from Snapchat, putting in mind the app’s younger user base, to put more focus on gaming content, which could offer huge revenue opportunities through in-game purchases or advertising. And for advertisers, that could be another key consideration, as this platform brings more gamers online, and more opportunities to show them ads, which could be another way for brands to reach engaged, high spending audiences.

5- Instagram’s Working on a New Feature for Its Stories Options.

Instagram is testing a brand-new format for its Stories camera, back to the standard photographic method by providing a selector wheel to decide on the option/s you would like to use. 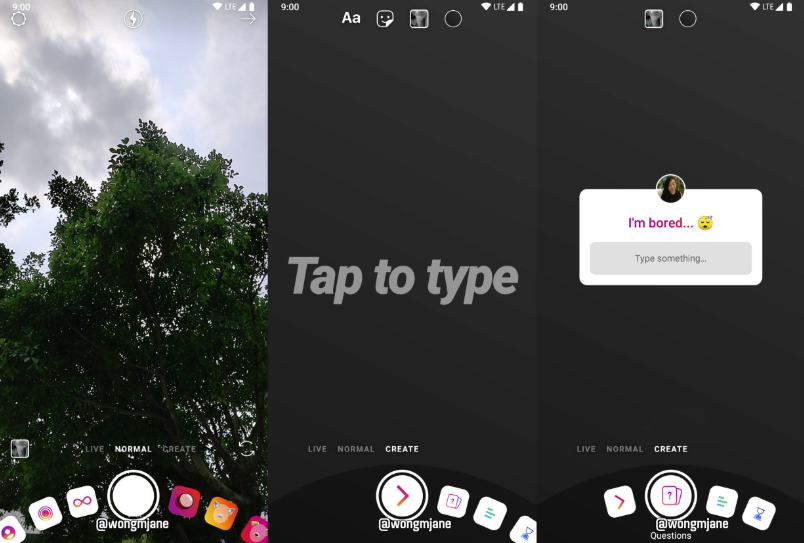 As reported in social media code hacker Jane Manchun Wong’s post, the camera modes during this new layout are reduced from eight to simply 3. None of the choices are removed but, they’ve simply been categorized, as an example, presently within the Stories camera, you’ve got choices like ‘Boomerang’, ‘Superzoom’ and ‘Rewind’ lined on all-time low of the screen.

That new flow can mean that users might have to scroll around many times so as to achieve the results they may need, that may be an inconvenience. however, the rounded selector will make it a touch easier to do, and is a useful addition to users’ convenience.

YouTube is upping its efforts eliminate misuse and questionable content on its platform, this time through adding a new ‘fact-check’ pop-up which will appear on videos relating to subjects that are prone to misinformation.

The new pop-up will appear in search results for certain topics, and will highlight additional information from YouTube’s verified fact-checking partners. 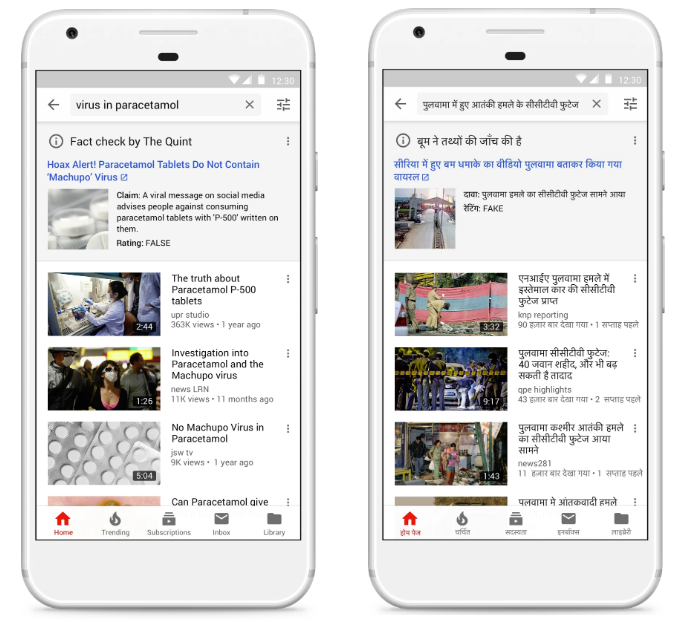 What underlines the importance of the tool is, for example, pretend news reports in reference to racial tensions or violence are often particularly damaging, inflicting larger social divides supported untruths, and unnecessarily fanning those flames. serving to supply additional context might quell a minimum of a number of that tension, though it can’t be guaranteed how effective such tools can truly be.