Back in June after the launch of audio clips in tweets, Twitter is now also testing another option which is launching audio clips in DMs with some users. 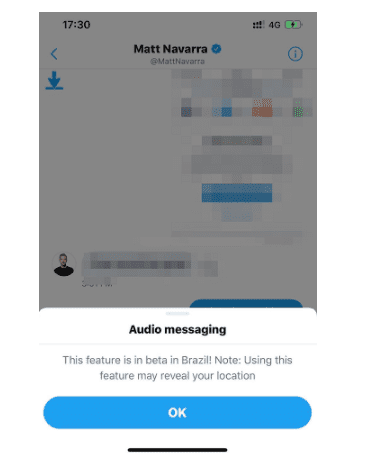 The screenshot above, which posted by social media expert Matt Navarra, shows the new option, which Twitter is calling “Audio messaging”, it enables users to record and send audio clips in DMs. 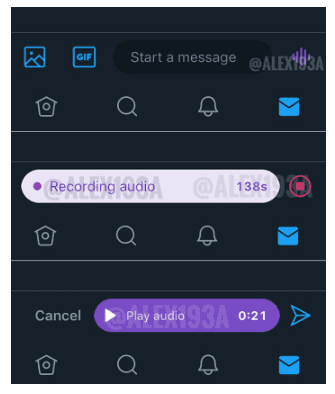 Looking at this example looks like audio clips in DMs will only be limited to 140 seconds and this is exactly the same as regular tweets, with a recording button added to the right side of the message composer bubble.

Clearly, it’s not possible to tell if this how the final version of the UI will look, however, Twitter gets closer to a broader roll-out of the option.

Additionally, as outlined in the top example, the option is currently only being tested among Twitter users in Brazil. Moreover, Audio tweets seemed to spark a bit of buzz earlier, as there are some big-name celebrities jumping on the option and posting new forms of tweets such as Nicki Minaj.

However, it doesn’t appear to have become a major feature, along with obviously fewer audio tweets being posted over time. On the other hand, audio tweets have absolutely added more ways for vision-impaired users to engage with Tweet content.

Earlier this month, Twitter announced several new initiatives intended in order to improve the accessibility of tweets, along with audio tweets being a key impetus in this renewed push. Talking about audio clips in DMs, they would further add to this, and also they will give all users a creative, and new options for connecting with other people via message.

Even though it might not be a game-changer for most users, it is an inclusive option that opens new avenues for tweet connection. 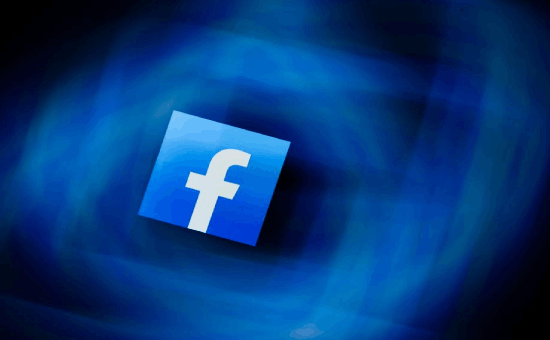