Pinterest is looking forward to providing users with different and more ways to protect their IP on the social platform with a new Content Claiming process, that will enable creators to register their original content besides managing its future use via Pins.

In light of the Content Claiming Portal, Pinterest explains: “We’ve heard from creators that they want more control over where their content appears, including the ability to remove existing and future versions of their content, and we want to help enable that control.” 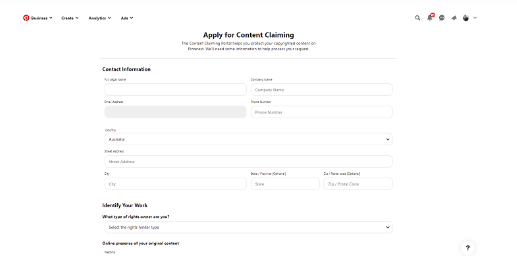 Moreover, through the new Content Claiming process, Pinners will be able to upload images of their IP, which Pinterest will then be able to scan for in other Pins, also take action as defined.

Moreover, copyright holders will be able to choose from one of the following enforcement options:

Mine only: Remove existing and future versions of the images from Pinterest, except Pins originally saved by me.

Website only: Remove existing and future versions of the images from Pinterest, except Pins that link to my claimed website(s). (This option will only be available if you have a claimed website.)

Block all: Remove all existing and future versions of these images from Pinterest.

Note that, this will give users more control over how their content is used across the social platform.

Furthermore, claimants will be required to provide an alternative, owned URLs, which display their original content, and that’s to prove their ownership of such, while they’ll also need to agree to the Content Claiming Portal Terms of Service.

Not only that but also, the process is similar to Facebook’s Rights Manager platform, which enables creators to register their intellectual property to protect against unauthorized use across its apps.
In addition to YouTube has its Content ID system which serves a similar purpose.

It’s worth mentioning that, Facebook just recently launched a new update to its Commerce & Ads IP Tool to help businesses identify products being sold on Facebook that infringe on their intellectual copyright. 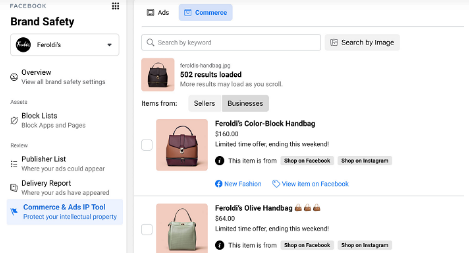 At a time when brand building and audience engagement is absolutely key,

Well, you can imagine that same functionality could be a big help on Pinterest too, which is pretty much where Pinterest is headed here.

Talking about the new Content Claiming Portal, it’s a great update for Pinterest, as it will help users protect their business interests. And while it may also open up some conflicting claims, no doubt Pinterest will establish strong parameters as to how it can be used.