Facebook’s Results of its First Deepfake Detection Challenge Is Available

Facebook shares the results of the first deepfake detection challenge. That’s because there are many politically-affiliated groups that are already using digital social media platforms to control and manipulate voters.

It is something major because the rise of deep fakes is a real concern and can actually pose a great threat to democracy. Therefore, this should encourage all major social media platforms to work on developing their systems to detect digitally altered videos to catch them before they spread widely.

In light of that matter, Twitter launched its Manipulated Media policy in February for the exact purpose, on the other side, Facebook has been looking at ways to make its detection models advanced.

In addition, back in September, the social media platform announced a challenge to academic teams which is coming up with better deepfake detection models as this could be used to weed out these videos. However, this week, Facebook has shared the results of the first deepfake detection challenge 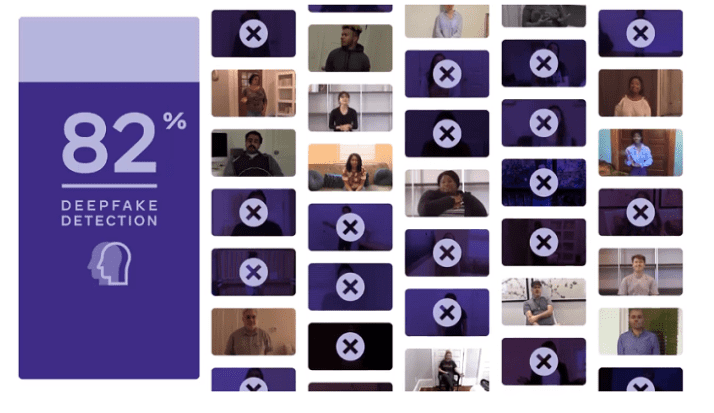 When it comes to the best performing detection models from the thousands of models submitted, saw detection rates above 82%, and that was based on the training set given.

However, to determine the real accuracy of these systems, Facebook tested the models on a “black box” dataset of 10,000 video clips, and those video clips the participants had not seen before and they had no access to before submitting their code.

“The highest-performing entrant was a model entered by Selim Seferbekov. It achieved an average precision of 65.18% against the black box data set. Using the public data set, this model had been ranked fourth. Similarly, the other winning models, which were second through fifth when tested against the black box environment, also ranked lower on the public leaderboard. (They were 37th, 6th, 10th, and 17th, respectively.)”

It is obvious that the results changed very much when they were applied to videos that the researchers couldn’t prepare for. This actually shows that there is still a long way in establishing a real accurate deepfake detection system.

Even though a percentage of 65% detection rate is still significant, and would possibly help to flag any possible concerns in the posting process.

On the other side, Facebook can get a higher number than this besides developing a better system to manage digitally developed videos before they are even shared, that’s because as we have seen, once the video is uploaded online, the fact that it’s determined to be fake or edited at a later stage is often too late to stop the damaged which being caused.