In 2021, Snapchat’s looking to broaden its eCommerce push and that is by providing a wide range of new clothing options for users’ Bitmoji characters, which would essentially enable you to dress up your Bitmoji avatar in your choice of the latest fashion items from a range of retailers. 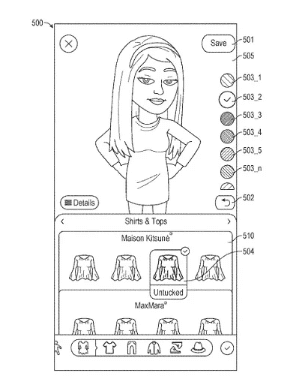 Moreover, the new information comes from a patent filed by Snapchat, which goes into specific detail on how the new process would work. The process would essentially see Snap partner with fashion retailers to provide Bitmoji versions of their items. That would then provide a wide range of new clothing options for your avatar in the app, not just this but also giving the brands the chance to showcase their latest products in an interactive, engaging way. 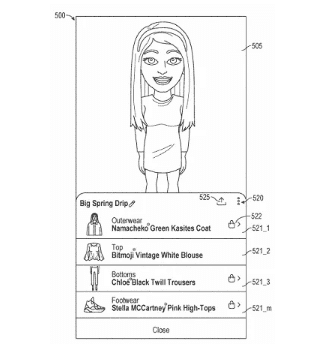 Regarding Snapchat’s eCommerce push, the update would expand on Snap’s initial steps into Bitmoji fashion, which has already seen it partner with Jordan and Ralph Lauren on digital outfits.
Additionally, Snapchat also announced a new partnership with Levi’s early last month, that way users will be able to dress up their Bitmoji avatars in classic Levi’s outfits. 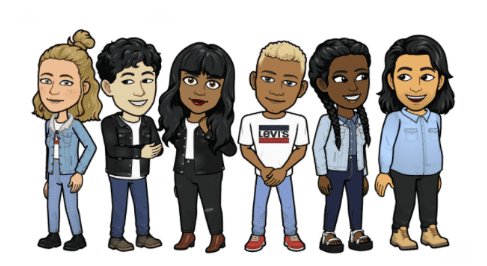 As such, a broader expansion of your Bitmoji clothing options makes a lot of sense, however, it would also turn Snapchat users into virtual advertising space for these brands, showcasing their products to their connections along with friends within the app.

We can see that Snapchat has been eyeing a shift into eCommerce -just like the other social media platforms- as it looks to maximize its revenue potential, besides tapping into the rising trend of buying online. Snap introduced its first ‘shoppable’ Snap Original shows back in June and has been working with various brands on new eCommerce integrations, like scannable barcodes and logos and AR ‘try on’ options.

On the other side, Facebook and Instagram now pushing their own eCommerce integrations, it makes sense for Snapchat to also follow suit, as these new activations will change consumer habits over time.

More about the eCommerce push, essentially, that means that consumers will eventually come to expect that they’ll be able to buy whatever they see in the images and videos shared to all of their social feeds, and if Snapchat can align with that behavioral shift, it stands to see a significant benefit, in terms of maximizing its promotional options and providing engaging, interesting eCommerce tools for its users.

Also, Snap’s Bitmoji provides it with a perfect vehicle for this. Around 70% of the app’s users regularly engage via their Bitmoji character in some way, actually, that engagement could open up the significant promotional potential for retailers, if Snapchat can successfully expand its catalog of brands contributing to its Bitmoji wardrobe.

It may not seem like a direct promotional option for real-world items, but with so many people using their Bitmoji characters to express a vision they’d like to project about themselves, there is significant potential in Bitmoji fashion as a vehicle for promotion and brand affiliation.

Actually, this eCommerce push could be a great opportunity, and as AR becomes a bigger focus throughout the year, it could also provide more and more chances to showcase fashion items.