Recently, Facebook launched a new video series, and it was showcasing interviews with internal experts who are working on specific platform tolls to provide more insight into how each tool works, and how users can make use out of the different functions Facebook has to offer.

Even though they are many interesting pointers which you have likely heard before, but it given they’re coming from Facebook direct, it certainly adds importance to the advice.

Let’s take a look at some of the main notes about Facebook Live Broadcasts:

The expert in this instance is Colyn Montgomery, a Product Marketing Manager for Facebook Live Broadcasts, he first talks about set-up, and ensuring that you have prepared for your live-stream: 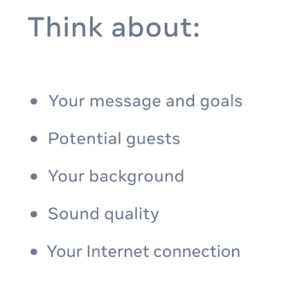 As we see Colyn Montgomery provides some tips on how to maximize engagement for your live-stream, and drive optimal viewership.

Previewing posts: Colyn Montgomery says that a good way to raise awareness of your coming Facebook Live Broadcast is to schedule an announcement post in Live Producer, and that will create a Facebook preview post that interested viewers can choose to get a reminder from. 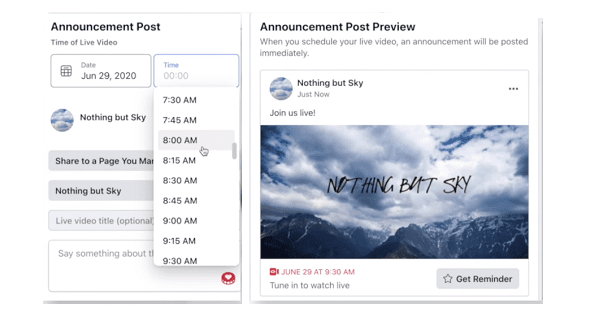 Crossposting: The advice ere for users to look to crosspost to another Facebook Page where they can be that of a guest on your live-stream or another, related Page that you control. Actually, crossposting allows the user to post simultaneously to multiple Pages at once, and it looks like a native video to that Page, however, the viewership is all aggregated, the statistics are all aggregated on that one video asset.

Maximize engagement: According to Montgomery “Facebook prioritizes content that’s driving conversations and meaningful interactions between people” Also, Montgomery notes that encouraging engagement will lead to more shares from viewers, however, it will also send positive signals to the algorithm. In light of that, Montgomery recommends moderating comments to ensure the conversation “remains healthy”, along with kicking off the conversation by posting the first comment on your stream.

Moreover, he recommends answering questions so that your audience make sure they feel heard and using polls in-stream.

Some technical elements of Facebook Live Broadcasts have been covered as well as the use of music, along with the reason why you need to be careful when using music content that you don’t have the right to.

Moreover, there are some good notes for Facebook Live broadcasters, and it’s worth taking a look at the video for further information and tips if you need it.

Bear in mind that the total viewership of Facebook Live streams has seen an increase of 50% since January. Facebook Live videos generally see much higher levels of engagement than regular video uploads.

Stay tuned for the next video in the series as it will look at Live Producer, besides providing more insights into how the tool can be used to maximize your live streams.