All marketers are looking forward to understanding their target audience, if you’re looking to get a better and clear understanding of Gen Z, and the role that Snapchat might pay in your marketing and outreach efforts, then these insights will definitely help you.

Today, Snapchat has published a new, 60-page ‘Snapchat Generation’ report, which incorporates responses from over 27,000 daily Snapchat users, from various regions, also provides a range of insights into the evolving behaviors and habits of this younger audience.

There’s a heap of information included in the full report, while there are also regional variants for selected markets.

For more information about Snapchat’s Gen Z insights take a look at some of the key, general findings from the results. First off, Snapchat notes that the next generation is significantly more likely to communicate with images over text.

Of course, that points to the rising popularity of the Stories format, and even TikTok – rather than communicating via traditional means, younger users are increasingly engaging via visual mediums to better communicate context and nuance.

Talking more about Snapchat’s Gen Z insights, capturing a video will express a reaction or response far better than words, and emojis too can convey more meaning in fewer characters. Obviously, is a keynote for brands looking to connect with this cohort.

Not only that but also, the results also show that younger users feel more empowered to influence change via digital connectivity.

On the other hand, they’re also looking to use their influence to encourage more responsible corporate behavior. 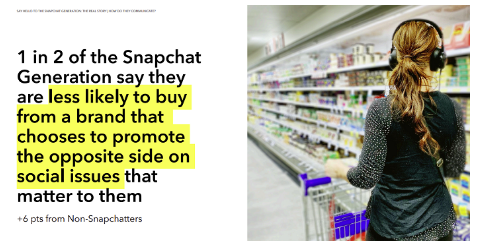 Regarding Snapchat’s Gen Z insights, this is a point that’s been reiterated in various Gen Z studies – younger consumers are increasingly aware of social issues, also are looking to brands that express their stance on such. 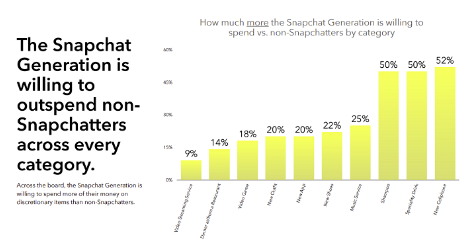 And that has always been the case – Snapchat has always been popular with higher income audiences, for whatever reason. Unsurprisingly, Snapchatters are also frequently looking to engage with new technology, such as AR, within their shopping experiences.

Everything is worth considering in your approach.