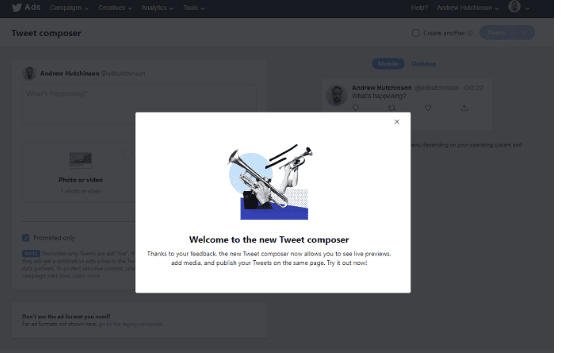 In the above screenshot, you can see when you go to create a new Tweet for your ad within Ads Manager, you will be shown this new pop-up alerting you to the changes.

More information about Twitter Ads Manager update, the updated layout provides more space on the screen for your tweet creation, and as noted, it enables you to see what your tweet will look like on both desktop and mobile. 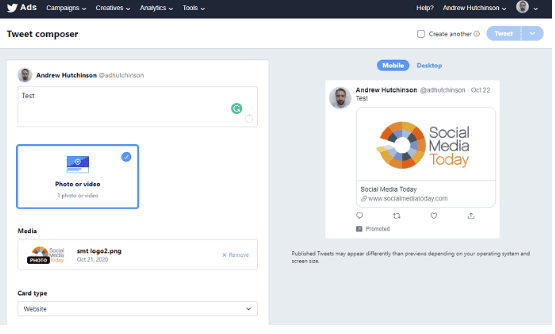 The preview updates as you change each element, while you can also now easily duplicate your tweet, to tweak certain elements, by ticking the “Create another” box at the top of the screen.

Twitter Ads Manager update is not ground-breaking and there are other tools that replicate similar functionality, it does make building campaigns within Ads Manager easier.

The update is live now via Twitter Ads Manager on desktop.