Twitter’s keeping up with Stories, as we can see Twitter’s version of Stories – called ‘Fleets’, it is for ideas that are ‘fleeting’ – is pretty much the same as Instagram or Snapchat Stories, however, without the additional engagement options of playful editing tools and AR effects.

Anyhow, it does provide another connection surface within the social media platform, and Twitter’s Fleets occupy some prime in-app real estate, up at the top of the timeline.

As such, it may well be worth experimenting with – and this week, Twitter’s taken the first steps towards expanding your Fleet options with new ‘Twemoji’ stickers for Fleets in Japan. 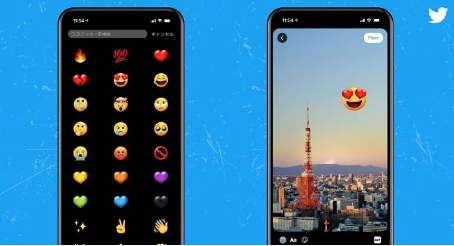 As you can see in the above picture, the new stickers tray, – you can access by tapping on the smiley face icon in the Fleets composer- provides a search option to help users locate the right sticker for their image or video post, on the other side, the Twemoji stickers will help convey a mood when added to your Fleet frame.

Definitely, you can kind of replicate these Twemoji reactions already by using the emoji buttons in the text tool. Moreover, the stickers, however, add a more organic and layered variation, which you can also move around and place more freely.

It seems inevitable that we’ll eventually get more visual tools like this in Fleets, and you would think, probably AR functionality also. Note that Twitter’s working from behind, with the enhancements available on other social media platforms already well-advanced, and evolving every day.

Besides Twitter’s Fleets, Twitter did acquire Chroma Labs last year, the team behind Chroma Stories, an app that enabled users to add a range of stylistic frames and filter options to their Stories content.

It seemed, at the time of the acquisition, that the addition of similar tools on Twitter was a no-brainer, but as yet, we’ve not seen them arrive. These new stickers could be the first step in this direction – while on another front, not only that but also Twitter’s looking to further incorporate its new audio Spaces into its Fleets tools. 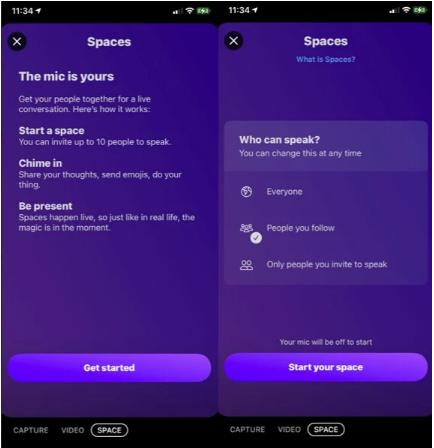 Moreover, Twitter users in the beta testing pool for Spaces can now create an audio Space from their Fleets composer options by sliding the function bar across to ‘Space’.

As obvious that’s really an expansion of Spaces specifically, and not related to Fleets. Anyhow, still, by prompting more users to activate Twitter’s Fleets composer, it could also make it more of a consideration in the process.

However, we can’t say if Twitter’s Fleets will become a thing because it is too early, yet, they do have prime placement, and the added attention of Spaces could make them more of a consideration.
Also, Visual enhancements and effects could take it to another level, and they may well be coming sometime soon.

Note that Fleets stickers are now available for iOS users in Japan. No word on an expansion as yet.