Back in June, Twitter’s pop-up alert was added on articles that users attempt to retweet without opening the article link and reading the post.

However, after a full three month of implementation, today, Twitter has shared some new insight into the effectiveness of the prompt and how it has changed user behavior when they are shown the Twitter’s pop-up alert. 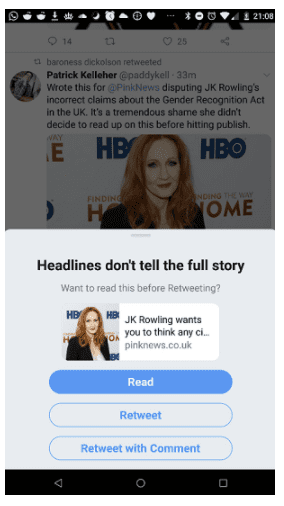 More about Twitter’s pop-up alert, and according to Twitter:

The numbers are really impressive, as they underline the value of simple prompts like this in getting users to think twice about what it’s they’re disturbing through their social media activity.

Furthermore, back in 2016, Facebook added similar pop-ups on posts that had been disputed by third-party fact-checkers, prompting users to re-think their intention before they hit the “share” button. 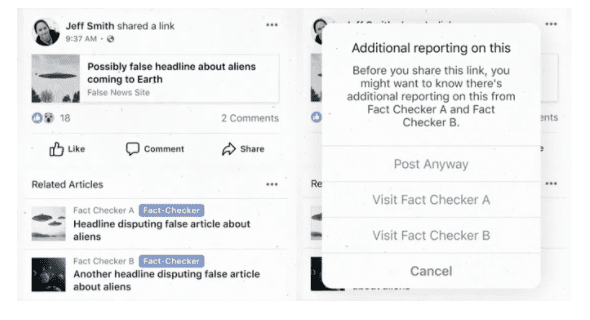 Moreover, Analysis conducted by MIT found that these labels reduce people’s ability to share misinformation by about13%, while Facebook has since also added new prompts when users try to share a link that’s more than 90 days old, decreasing the spread of old content.

Looks like simple pushes like this and Twitter’s pop-up alert can have a great impact. And while free speech advocates have criticized such labels as being overly nosy, if the net effect is less blind sharing, and more reading and research into topics, then that’s a good thing that can only serve online discussion.

Talking more about the success of the new prompts, Twitter’s now working to bring them to every user worldwide – it is available now only on Android-. Twitter is also looking to make the alerts smaller after their first display to every user.

Obviously, the impacts could be vital. But the above figures might not hold in a broader launch of the option, the numbers actually show that Twitter’s pop-up alert and the new prompts are at last slightly effective, and can actually help in reducing ill-informed sharing, besides the spread of misinformation.