The State of the Blocked Web in 2017 | PageFair

Ad-blocking is motivated primarily by user experience issues (page speed, data usage) rather than by consumer ad-aversion, and avoidance is the core issue for most ad-blockers, ad-block usage is now mainstream across all ages, ad-block users prefer standard display ads.

The only solution to ad-block is fixing the problems that led people to block ads in the first place, check the below findings which include the results, about ad-block users:

A Graph Shows The Percentage of Users That Leaves Websites When They Found an AdBlock Wall. 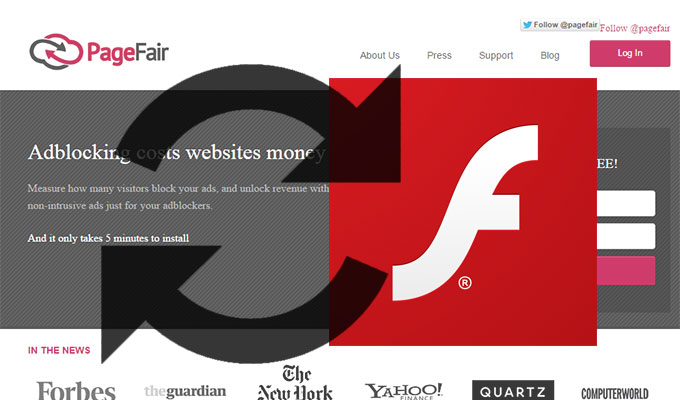 PageFair is effective software that is a Self-service platform for Adblock measurement. It is considered to be The Most Installed and Trusted Adblock Analytics in the Digital Marketing and Social Media Industry. PageFair’s mission is to sustain the open web by re-establishing a fair deal between users and content creators.

This tool is a Free to use solution.
View More
DOWNLOAD GUIDE