/ Researches / The State of the Amazon Marketplace 2017 | Feedvisor

The State of the Amazon Marketplace 2017 | Feedvisor

Amazon now employs more than 25,000 people, this number is increasing in an incredible way and will not stop. Amazon sellers know that nothing on Amazon stays the same for long, what might be in demand one week may not be in demand the next week.

Figure out a brief of the State of the Amazon Marketplace 2017 and learn more about merchants’ selling habits, revenue, concerns, and plans for the future: Map Shows the Location of Amazon Sellers by State in 2017

Data were driven from 1,600 of Amazon sellers in the United States. 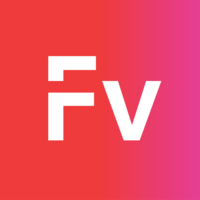 Founded in 2011, Feedvisor is a leading algorithmic pricing and revenue intelligence platform for online retailers. Feedvisor clarifies complicated market dynamics into moments of insight and action that enable marketplace sellers’ and brands’ competitive advantage. Feedvisor helps retailers leverage data intelligence and automated action in a platform of unparalleled depth and scope in order to drive their success at every e-commerce touchpoint. The company is the pioneer of Algo-Commerce – the discipline of using Big Data and Machine Learning Algorithms to make business-critical decisions for online retailers.
View More
DOWNLOAD GUIDE