Founded in March 2006 by Jack Dorsey, Noah Glass, Biz Stone, and Evan Williams and launched in July of that year, Twitter Inc. is an American online news and social networking service on which users post and interact with messages known as “tweets”. Twitter is a platform for what’s happening in the world and what people are talking about right now. Twitter service rapidly gained worldwide popularity. In 2018, more than 300 million active accounts posted 550 million tweets a day. Since 2015, and continuing into 2016 and future years, Twitter has also been the home of debates, and news covering Politics of the United States, especially during the 2016 U.S. presidential election. 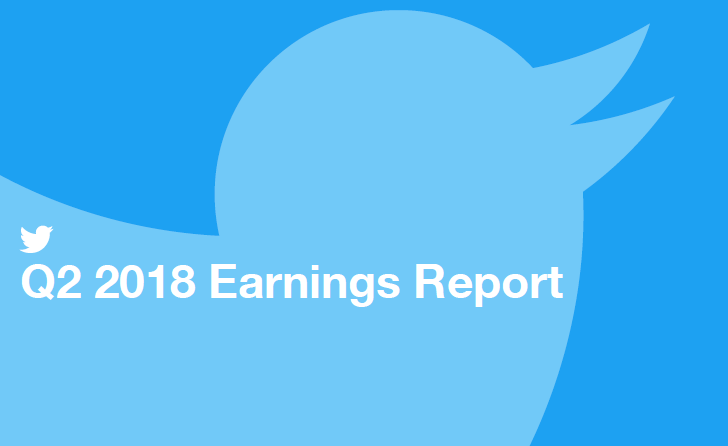 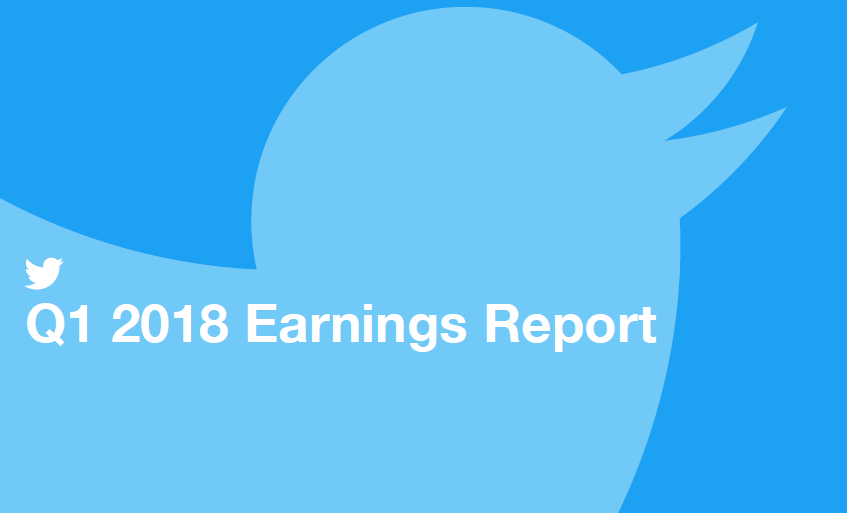 Following the announcement that it was profitable in Q4 2017 earning report for the first time in 4 years, Twitter Inc. has released surprisingly positive earnings for Q1 2018 with more profits predicted in the future. Here are the Twitter’s second-straight profitable quarter main highlights: Average Monthly Active Users (MAUs): 336 million, up 3% year-over-year. Average … 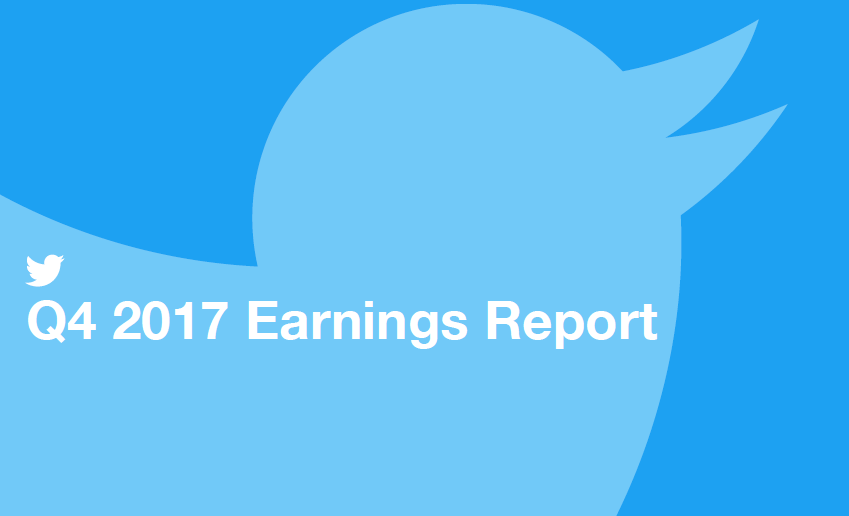 “Twitter managed to overcome the toughest challenge for any consumer service at scale by reversing declining audience trends and re-accelerating usage”, said Jack Dorsey the Twitter CEO. As a result, the fourth quarter was a strong finish to the year for Twitter with a return of revenue growth, GAAP profitability and an increased shipping cadence. … 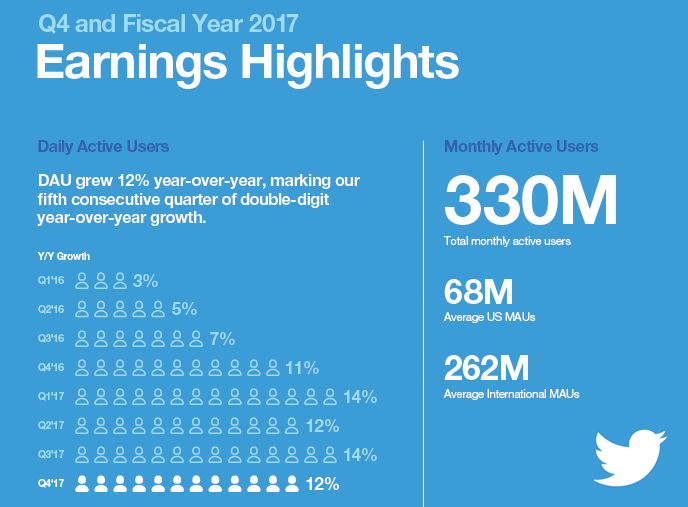 The Twitter’s daily active users (DAUs) achieved a growth rate estimated at 12% year-over-year. The average monthly active users (MAUs) was 330 million, flat quarter-over-quarter and up 4% YOY. The same happened in the average of international MAUs that grew 4% YOY, while in the US the average MAUs was 68 million users and 2% growth …

Twitter audience and engagement are growing. It’s monthly and daily active usage grew year-over-year, as well as sequentially. This quarter, Twitter made progress on a return to revenue growth. This growth was driven by improved execution from its sales team, strength in video and direct response ad formats. Read more about the key numbers from …

Twitter is obviously the place where showing you what’s happening in the world and what’s being talked about. In this quarter, Twitter didn’t achieve strong progress except in live video; a growth continued at a rate of 22%. Read the below and find out more about Twitter Q2 2017 earnings: Twitter monthly active usage stayed …