/ Researches / The Device Trends to Know in 2020 | GlobalWebIndex

The Device Trends to Know in 2020 | GlobalWebIndex

As social media has become a necessary part of everyone’s life, it is crucial to know how consumers around the world are interacting and engaging with the digital content, and which devices do they use the most.

Get a closer look at the device trends in 2020 in this report as it covers the following:

Without further ado, let’s get started.

The Device Trends Key Insights in 2020:

Before taking a deep look at the device trends report, let’s find out the key insights of the report. 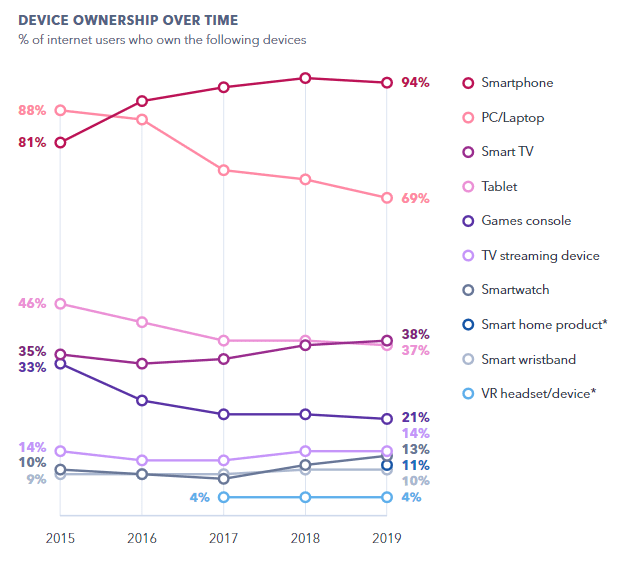 The following chart shows the percentage of internet users who own a smart home product.

All figures in this report are drawn from GlobalWebIndex’s online research among internet users aged 16-64. We only interview respondents aged 16-64 and our figures are representative of the online populations of each market, not its total population. Note that in many markets in Latin America, the Middle-East and Africa, and the Asia-Pacific region, low internet penetration rates can mean online populations are more young, urban, affluent, and educated than the total population.