According to the latest ITU estimates, there will be 3.5 billion people online by the end of 2016, but more than half the world’s population (about 3.9 billion people) will still be offline, and unable to connect regularly and there is much more effort is needed to ensure that the benefits of the Internet spread to the remaining 3.9 billion people without Internet access.

So the Broadband Commission has sought to promote the adoption of effective and inclusive broadband policies and practices in countries around the world, with a view to promoting the development and empowering each and every individual and society through the benefits of broadband.

The following points produce an overview of broadband for sustainable development:

A Figure Shows The a Comparison of The Technical Specifications For 4G and 5G. 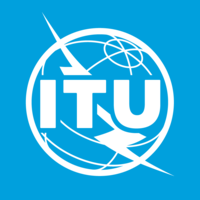 The International Telecommunication Union, originally the International Telegraph Union, is a specialized agency of the United Nations that is responsible for issues that concern information and communication technologies, They allocate global radio spectrum and satellite orbits, develop the technical standards that ensure networks and technologies seamlessly interconnect, and strive to improve access to ICTs to underserved communities worldwide.
View More
DOWNLOAD GUIDE