2020 is a year of inflection; the pandemic, remote working, social justice, besides the influence of technology on work and society that have created challenges and opportunities politically, socially, commercially, professionally, and economically.

Without further ado, let’s go through this B2B decision-maker report.

Who Are the BETAs?

According to the B2B decision-maker report, the name BETA was inspired by the notion of literally being in “Beta”, a term synonymous with business in Silicon Valley, where disruption and entrepreneurship have become a religion.

The BETAs represent a new broader psychographic in B2B marketing that will drive shifts across businesses and among buyers at large. The BETAs are the first “LinkedIn Generation” — they came of age professionally when LinkedIn was very much of the professional culture lexicon and a new concept entirely.

BETAs came of age when entire sectors like banking and retail were upended within a few short years, and, for that reason, BETA culture has zeroed in on adaptability as a means of survival. The BETAs are the first “LinkedIn Generation” — they came of age professionally when LinkedIn was very much of the professional culture lexicon and a new concept entirely. 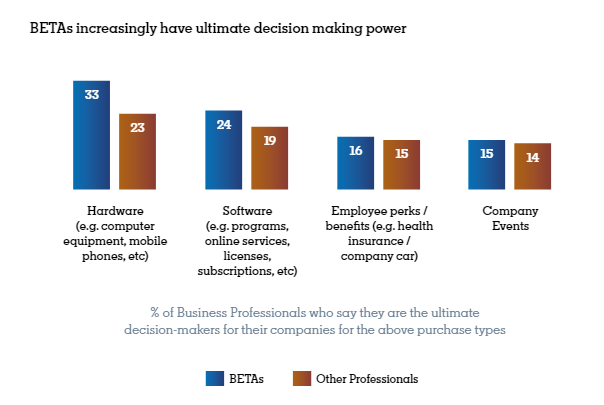 Based on the B2B decision-maker report, globally, BETAs make up the majority of ultimate decision-makers in hardware and software 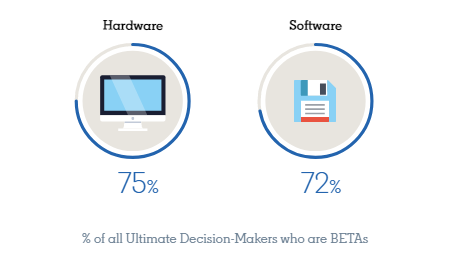 The B2B Decision-Maker: B in BETA: Blurred Boundaries

Blurred work-life boundaries define how the BETAs show up professionally.

Back in 2019, only a quarter of business professionals mentioned that working remotely was broadly permitted by their company.

According to the B2B decision-maker report, 5% of professionals in France, Singapore, and Japan said their company had fully embraced remote working. That rose to around a fifth in Germany and Spain, before hitting a quarter in Australia, the U.S., and the UK. Age played a role too; BETAs are more likely to work at companies that supported remote working, in part because they tend to be employed by younger organizations.

The chart below shows the percentage of business professionals aged 21-40 who say they regularly do the following; 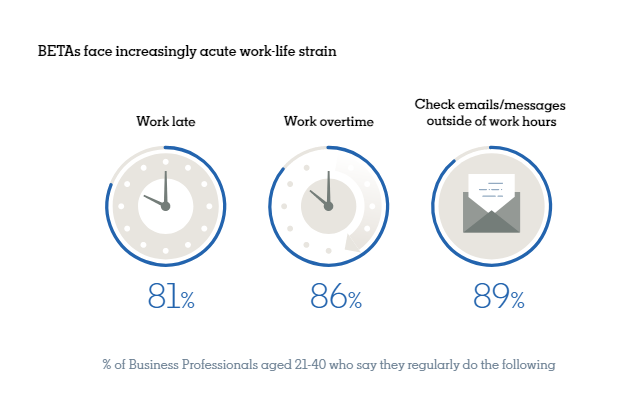 The Table of Content of “Work in BETA: The Rising B2B Decision Maker” Report:

The data used in this white paper comes from GWI, which runs the world’s largest study of the digital consumer. GWI interviews over 700,000 representative internet users aged 16-64 annually; these respondents from over 45 countries are asked a wide range of questions about their digital lives and lifestyles as part of GWI’s Core survey. Each year, GWI then identifies business professionals who have participated in this research and invites them to take part in its Work survey. 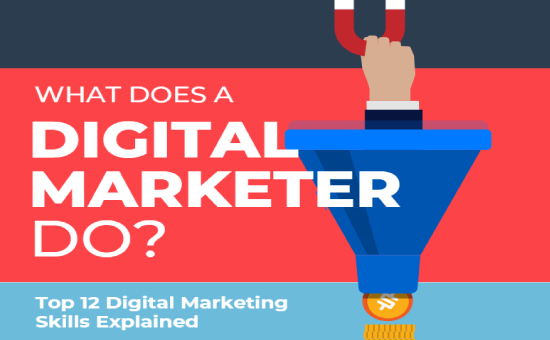 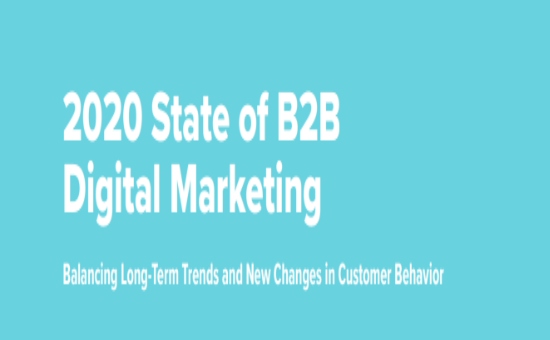